I'm running a Home Assistant instance at home to have a nice graphical sensor overview and home control interface for the various more or less DIY-ish devices I use. Since I like to monitor the hell out of everything, I also operate an InfluxDB for longer-term storage and fancy plots of sensor readings.

Most of my ESP8266 and Raspberry Pi-based DIY sensors report both to MQTT (→ Home Asisstant) and InfluxDB. For Zigbee devices I'm using a small script that parses MQTT messages (intended for Zigbee2MQTT ↔ Home Assistant integration) and passes them on to InfluxDB. However, there are also devices that are neither DIY nor using Zigbee, such as the storage and battery readings logged by the Home Asisstant app on my smartphone.

Luckily, Home Assistant has a Rest API that can be used to query device states (including sensor readings) with token-based authentication. So, all a Home Assistant to InfluxDB gateway needs to is query the REST API periodically and write the state of all relevant sensors to InfluxDB. For binary sensors (e.g. switch states), this is really all there is to it.

For numeric sensors (e.g. battery charge), especially with an irregular update schedule, the script should take its last update into account. This way, InfluxDB can properly interpolate between data points, producing (IMHO) much prettier graphs than Home Assistant does. If you also want to extend your Home Assistant setup with InfluxDB, c hass to influxdb may be a helpful starting point. 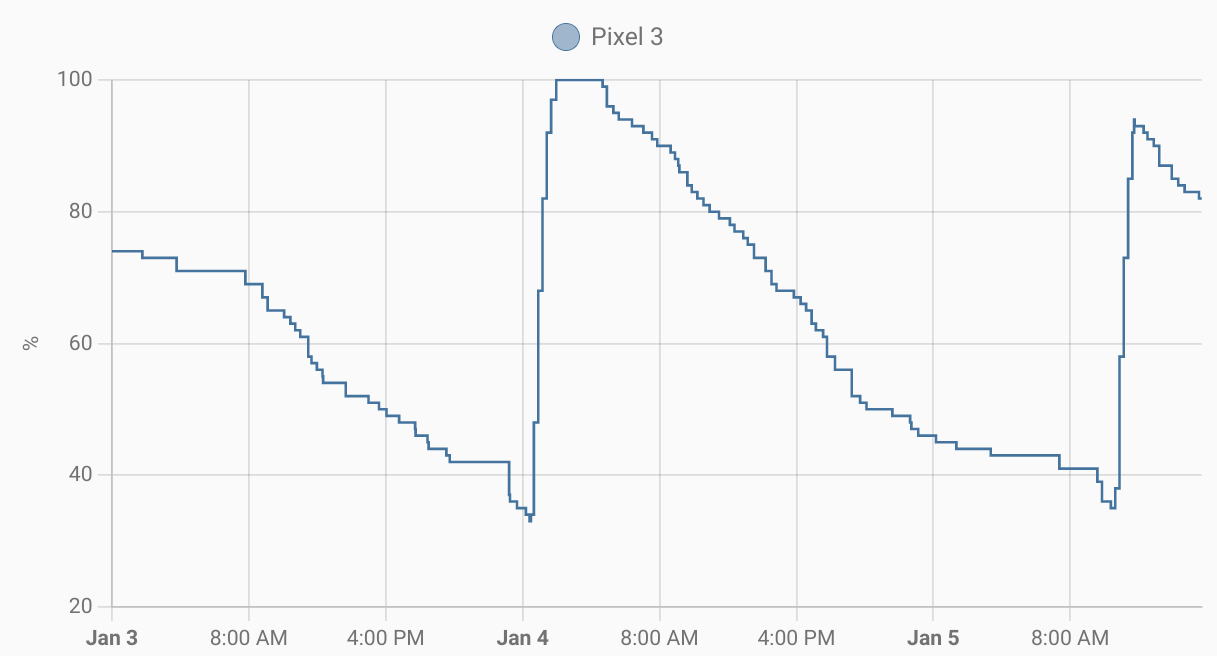